They remember it well

20 meaningful years of Shut Up & Dance 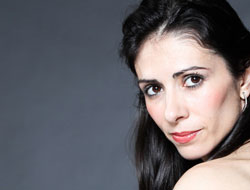 In the early 90s, after a beloved member of the Pennsylvania Ballet died from AIDS, the dancers of the company started a one night only benefit called “Shut Up and Dance.” The dancer’s channeled their sorrow in support of an organization that everyone believed in: MANNA (Metropolitan Area Neighborhood Nutrition Alliance). The benefit turns 20 this year and for many who have attended, it has become the feel good performance of the year.

Michael Sheridan, who danced with Pennsylvania Ballet for many years helped co-found the benefit as well as establish its traditions. He said the first performance was May 15, 1993 at the Trocadero on Arch Street. It was the event’s sophomore event, though, that became legendary because, as Sheridan recalled, it was on a frigid night the following January when “there was no heat in the back, the pipes broke, the toilets were frozen over.”

Sheridan performed with dancers Christine Cox and Nick Stuccio in a piece by choreographer Terry Beck called “Dig.” “We really loved this piece, but there was dirt on the stage that was part of it and there was no running water to get cleaned up. There was also a drop-off on part of the stage then and I fell, so I was dirty and bleeding. We felt like it was a disaster, but we had fun anyway.”

The first year they raised a modest $1,200, but it was nonetheless a spirited statement of solidarity by dancers and a creative statement that became a symbol of AIDS awareness and activism. SU&D is now staged at the Forrest Theater and each year the evening’s events has raised upward of $100,000 for MANNA. The event attracts dance enthusiasts of every stripe and audiences reflect the city’s vibrant GLBT community and cultural diversity.

Ian Hussey, currently a soloist with Pennsylvania Ballet, is directing this year talked about the legacy “It was their generation that built it to what has come to represent creatively and in the community. Then it was entrusted with the next generation with David Krensing, Matt Neenan, Amanda Miller, Tara Keating and others, who really expanded it. Now these young dancers that don’t really know what the event represented in the beginning, find out and are completely inspired by this wonderful tradition,” Hussey said. 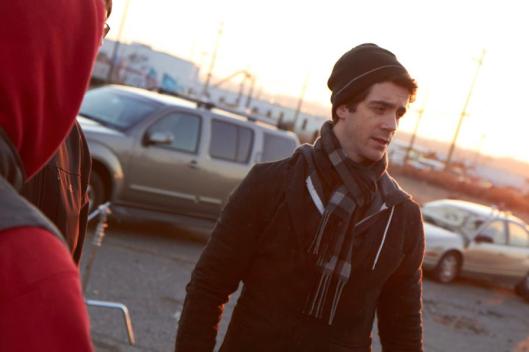 The show is famous for dazzling opening numbers, which have run the gamut from Disney characters dancing amok, to incarnations of Martha Graham and Meredith Rainey lip-syncing the prison number from “Chicago” in a black sequined minidress. Hussey isn’t giving anything away about what’s planned for this year.

Whatever surprises end up onstage, there is one classic that is always included: the performance of Mikhail Fokine’s “Dying Swan” from “Le Carnaval des Animaux” scored to music by Camille Saint-Saëns and made famous by ballerina Anna Pavlova. There have been adaptations at the event over the years, but it luminously belongs to (and audiences really want to see) principal dancer Arantxa Ochoa dance the role once more.

Ochoa spoke about it being her one of her most cherished stage moments. “I want to say the first time was 2004, as the most memorable for me, because it was such a different evening… the moment I stepped onstage, you could hear a raindrop it was so silent. Then when I finished it was like a rock concert. Also it was the first time I ever danced it. Going through the emotions, you know the audience is there for a special reason and for me it was very special. It has a energy like no other performance, ” Ochoa recalls. “It’s symbolic of the last moments of a swan’s life and I dance in it memory of the people that we have lost. For this evening, this cause.” Ochoa will again be dancing the solo at this year’s performance.